The Deficit Reduction Plan and HME

I received a few phone calls asking me how the Deficit Reduction Plan President Obama recommends would affect our industry. I am not a legal expert, but decided to see how just much I could learn about it. I spent a weekend studying every magazine, newspaper, TV, radio and others to see what I could garner.

It is fascinating that everyone who talks or writes about this DRP has a different interpretation of the proposed legislation. So please draw your own conclusions. The following is only a summary of what I found out. They are the key parts of my thoughts, but there is so much more.

The president wants to raise taxes on the rich. I believe $250,000 income annually is the starting point. According to many financial articles there are many loopholes that these “richer” Americans can use to reduce what they report as income.

I am sure that President Obama’s figures are correct, but from all the work that I have done on this topic, I feel that at least 40% (or more) of the over-payments come from cheating. Fraud and abuse are the culprits. How many HCPCS codes are raised to receive a higher payment? How many phony and fraudulent companies have been caught? How many are still in business?

There is no mention of raising the age a person become eligible from 65 to at least 67. This should be one of the first changes. I don’t see any negotiation efforts with pharmaceutical manufacturers to lower their prices. The newspapers report how profitable some major pharmaceutical companies are, so why not ask for their “help”. I see no limits placed on the many fraudulent lawsuits that take many dollars out of the system.

It is not fair to place the burden on DME/HME dealers and providers, who are the last step in the program, to bear the brunt of these reductions. How much will the competitive bid save the government? Nothing! It will force too many family and small companies to close. More unemployment, and less taxes collected, just what the country does not need.

All of this will be addressed at Medtrade. There you will find many answers. The Competitive Bid Central has been prepared for this specific purpose. Many of the speakers, AAHomecare, the state associations and other national ones, VGM, MED and the publications will all be at Medtrade. They have information. Please be sure that you, too, are there.
at 12:49 PM 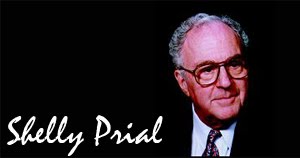 Shelly Prial
Florida
I began my career in 1950 when I graduated from Brooklyn College of Pharmacy. I spent 16 years in retail pharmacy and owned and operated four different pharmacies during this period. It was in the early 1950s that I became interested in durable medical equipment and oxygen services. My pharmacy was one of the first to offer DME and oxygen supplies. I worked for various companies in the industry and after a few years, I became a manufacturer’s rep. It was there, working with many dealers that the idea of developing a co-op for DME providers developed. My wife and I started the Homecare Providers Co-op (HPC) in 1986 and that proved to be the most exciting period of my career. After I “retired” some years ago, I found it necessary to stay active. I am proud that I worked for Graham-Field Health Products as their Director of Government Relations. As a consultant and Medtrade Ambassador, my goal now is to see if I can bring our industry together to work as a team and become formidable. I am proud to say that I have been married to Thelma since 1950. We have two children and four grandchildren. And, a fun fact? I have attended every Medtrade show since it began in 1979!

My Most Popular Posts